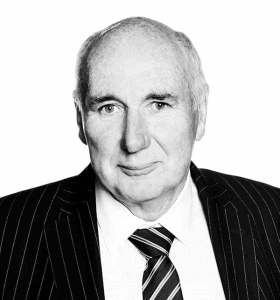 Richard began working as a lawyer for a large national law firm in 1973, later becoming a Senior Partner. In 1991, he established his own practice, which merged with Gault Mitchell Law in 1996.

Richard has served on a number of Wellington District Law Society sub-committees. In addition, he has been involved in several community organisations, including being a founding trustee and past Chairman of Te Omanga Hospice.

Richard and wife Lynn have two adult daughters and two young grandchildren, all of whom reside close by in Wellington. He’s keen on most sports, but counts yacht racing and fishing as passions. He represented New Zealand in yachting in 1978 and still competes nationally, sailing his Paper Tiger Catamaran. He enjoys blue water sailing, having done numerous yacht deliveries to and from Fiji and Vanuatu. He has his own 60ft cruising yacht “Sea Kiwi” which he cruises around the NZ coastline.

Richard studied at Victoria University and obtained a Bachelor of Laws (LLB, 1970). Richard was admitted as a Barrister and Solicitor of the High Court of New Zealand in 1972.